Previous Next
how to impress a woman on the first date

If you find a woman that you like on an online dating website, and you want to ask her to go out, and she said ‘YES’, then you need to know how to impress a woman on the first date. You’re going in with an open heart and mind and you’re determined to find a partner who shares your values and wants the same things in life. But how to have a good first date and ready for the first date and how to impress the woman that you may want to have a relationship with?  Here are a few tips that will help you get the most out of your dates.

1. Really Listen To Your Date

The art of listening is underestimated by many people. People get caught up in conversation but they’re not really tuned in to what the other person is saying.  Be attentive and genuinely listen to what your date is willing to share with you. Don’t just sit through the conversation but react according to what she’s saying and don’t be afraid to let your guard down.

Sometimes it’s easy to lead the conversation to a point where we’re not tuned in to what someone else is trying to say, so it’s important to make sure you’re listening just as much as you’re sharing.

You also should take your time answering questions that she may have for you. Not only will your responses be more thoughtful and genuine, but if you aren’t too quick to blurt something out, you’ll be able to avoid saying something you regret.

Plus, becoming an attentive listener is a great way to let her know that you’re truly interested in getting to know her. The more questions you ask, and the more often you direct conversations away from talking too much about yourself, the easier the conversation will flow. 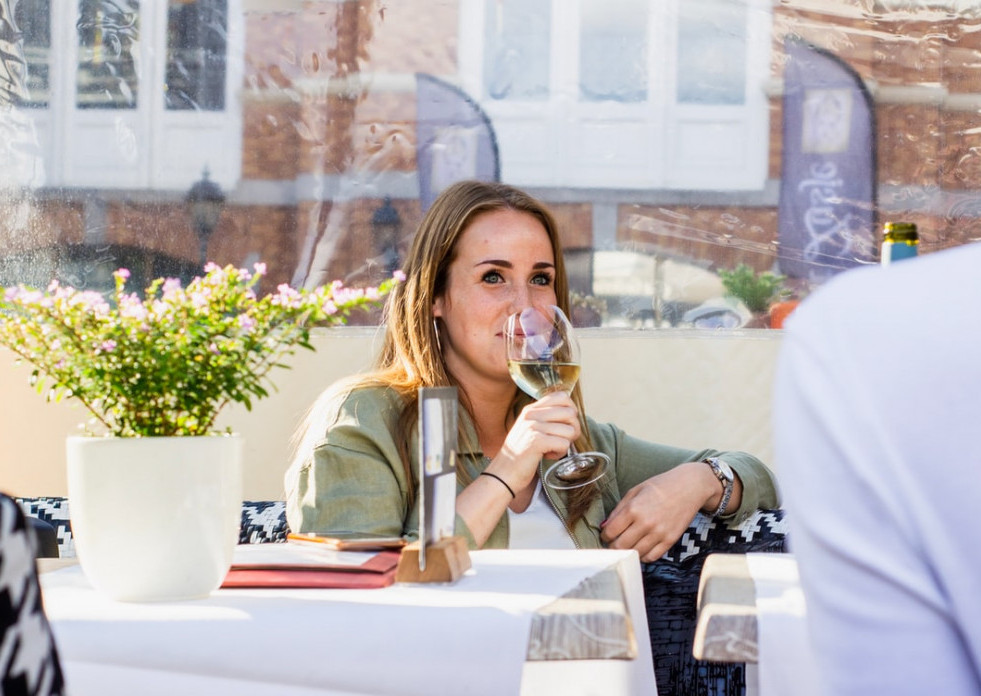 2. Not Fire Many Questions

At the same time, you want to be careful not to fire a dozen questions at her too quickly. Make sure she’s comfortable answering questions and avoid going anywhere near the too personal zone until you’ve had a chance to get to know each other and are aware of one another’s comfort zones.

Instead, keep the conversation focused on interests, hobbies, and passions. Avoid talking about past relationships; at least in the beginning. Those deeper conversations can happen later once you’ve gotten off on the right foot and you’ve determined there’s a level of compatibility worthy of another date

3. Let Your Guard Down

Women will feel far more at ease with a man who isn’t afraid of showing her that you’re interested. In fact, imagine how much easier it will be to get to know someone you’re attracted to if they know they’re not wasting their time and that you’re serious about connecting with them on a deeper level.

Playing coy isn’t always the best strategy when it comes to great dates that lead to everlasting relationships. Playing “hard to get” could make you come across as cold, distant, and disinterested. It could also make her feel uncomfortable and create an awkward vibe that just doesn’t need to be there.

So, if you’re interested in her, don’t be afraid to show it. Nurture the conversation with body language that lets her know you’re genuinely interested in her. Sure, if she cracks a joke that you don’t funny, you don’t have to laugh. You don’t want to come across as phony! That’s not your style, right?

Instead, don’t be afraid to banter, to show off your sense of humor and tease each other affectionately. It’s a great way to break down those walls and get over the nervousness that comes from new relationships. 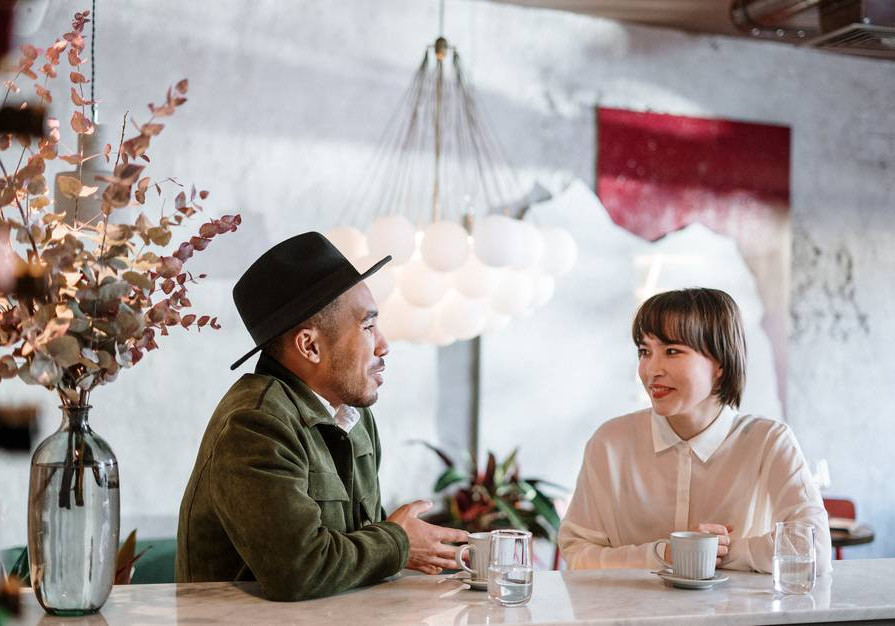 Body language speaks louder than words ever could. If you want to know what she’s feeling, and whether she’s genuinely interested in getting to know beyond sexual attraction, you’ll want to pay close attention to where her gaze rests and whether she leans in when she speaks to you.

Research has shown that when someone is truly attracted to another they often allow their gaze to linger on the person’s face that they’re talking to, rather than scan their body.

And remember, this goes both ways. Your own body language will tell your date whether you’re interested in her or not so if you want to show her you’re attracted, let your body language tell the story.

Your posture can indicate that you’re tired or bored just as much as it can tell her you’re really feeling a connection. Slouching indicates a lack of energy and interest so sit up straight or lean into her direction.

Not only is this a sign of respect, but it tells her that you’re interested in what she has to say.

It’s the easiest way to let someone know you’re interested in them and it’s simply a universal sign of happiness. It’s also a great way to flirt without going overboard. Let your body language represent your interest or connection in someone and boost the quality of your dates up by making it clear that you’re having a great time and are thoroughly enjoying your time together. 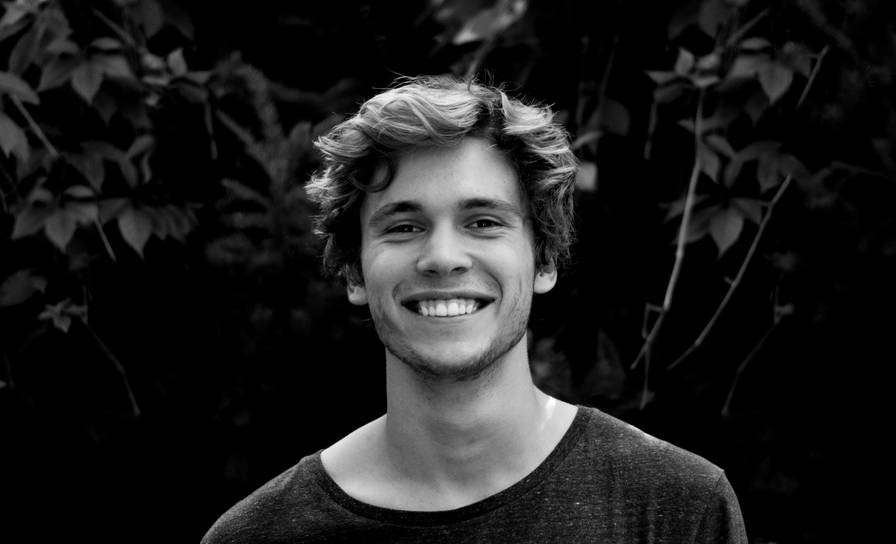 5. Listen To Your Instincts

It’s easy to get excited about a date and share your experiences with friends and family to get feedback or validation that there might be something worthy of perusing. The problem comes when you end up misadvised, or you follow the advice from someone who may not have your best interests at heart. Or perhaps they simply don’t know the person you’re dating and are basing their opinions on their own past dating failures or expectations. It’s important that you follow your own instincts (and heart!) when it comes to dating. If the person makes you feel comfortable and you are finding yourself having a great time, don’t let anyone discourage you from seeing it through.

You know yourself better than anyone, and so if you pay attention to what your gut is telling you, and you go into every date with an open heart and mind, you’ll never be misled.

6. Don’t Be Afraid of Online Dating

Many people are still on the fence when it comes to online dating. Perhaps they’ve heard horror stories from friends who struggled through bad dates, or maybe they’re afraid of putting themselves out there.

Online dating sites can be incredibly useful tools when it comes to expanding your outreach and getting connected with potential partners that you may not otherwise meet. It’s also a great way to test the waters and improve your communication skills before you go out.

With online dating, you’re able to have a genuine conversation with someone without any strings attached. There’s no awkwardness that may come from a face-to-face conversation if you discover that the woman isn’t compatible. 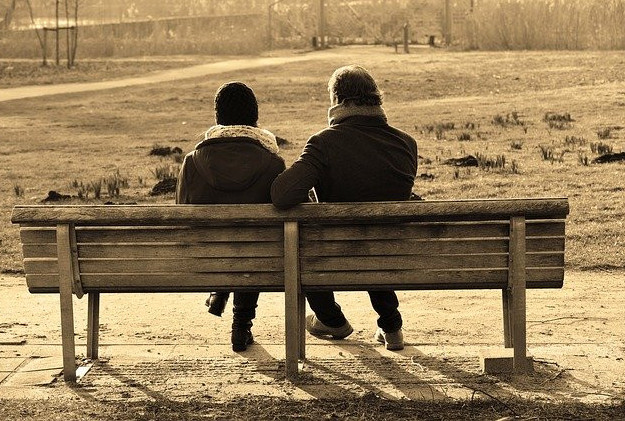 We all have them; those traits we just aren’t interested in, or things we absolutely don’t want in a partner.   It’s important to know what yours are so you can avoid wasting precious time. 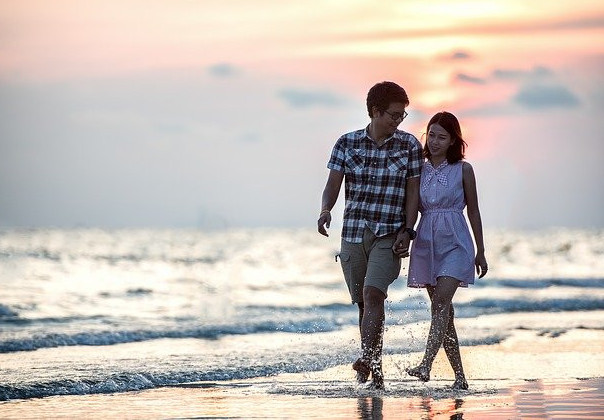 8. Keep It In Present

We’ve discussed the damage to what could have been a potentially genuine connection by over-sharing and it’s especially true when it comes to discussing your past relationships. Even if your previous relationship ended on good terms you don’t want to involve her in your conversation.

So, no saying things like, “you look just like my ex!”. Not only is comparing her to someone from your past disrespectful, but it will just make things awkward. No one wants to feel like they’ll need to compete with someone’s past, so don’t put that on her. Plus, if you tend to talk about your ex, chances are you’re not over her which will be a huge red flag to a potential new partner.

Now it’s up to you. You deserve to be happy and to find a partner that makes you feel as though you’re the only man on earth, but how you go about it will make or break your chances of finding that special someone. I hope these tips and strategies help you find love. To further help you on your journey I’m including links to websites dedicated to providing additional tips from dating experts as well as some other useful resources.

Thank you for the subscription.

Opps! There is an error occurred.

We respect your privacy and take protecting it seriously

What do you think?

More From: All Posts